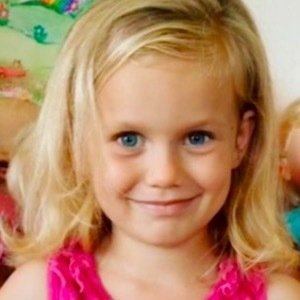 YouTube star who is widely known for her Aloha Baby Alive channel. She has gained popularity there for her Baby Alive and Baby Born doll vlogging, including care tutorials, DIY crafts, and role play videos.

She appeared in her YouTube channel's first vlog entry, posted in July 2015.

One of her most popular videos is "Baby Alive Snackin' Lily is caving fun in the Park...," with nearly 2 million views. Her channel has amassed over 230,000 subscribers and growing.

Her mother, Marina, has run her YouTube channel. She has a younger brother named Caden who has been featured in some of her videos.

She and Kelli Maple are both known for their kid-friendly toy vlogging on YouTube.

Skye Aloha Baby Alive Is A Member Of