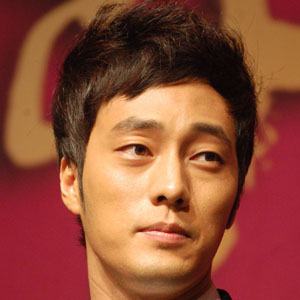 South Korean actor known for his roles in series like Cain and Abel. He also has had a hip-hop career under the pseudonym G.

He was an aspiring professional swimmer and a jeans model.

He was named the Best Dressed Male of the Year at the Korean Lifestyle Awards in 2010.

He starred opposite Zhang Ziyi in the romantic comedy Sophie's Revenge.

So Ji-sub Is A Member Of