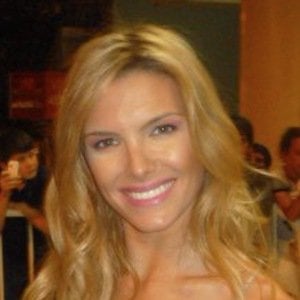 Model and television host who has done lingerie and clothing shoots internationally in countries such as Mexico, Peru, the United States and her home country of Argentina.

She was 16 years old when she began her career as a model. She was studying at Colegio Marín school at the time.

She became the co-host of La Cocina Del Show. She was a contestant in Bailando 2010, finishing in 5th place of 25 couples.

She is from Buenos Aires, Argentina.

Adabel Guerrero is one of numerous celebrities who appeared on her show La Cocina Del Show.

Sofía Zamolo Is A Member Of