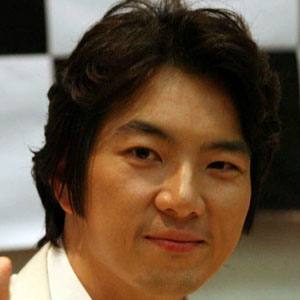 South Korean actor and model who played a role in the historical drama Emperor of the Sea and carried the Olympic torch through Seoul during the 2008 Olympics. In 2005, he appeared in Red Eye.

He studied acting at Cheongju University.

He served as the Vice President of the Korean Triathlon Confederation and competed in the 2008 Seoul International Triathlon.

He married Jeong Seung Yeon in 2008. He became the father to a set of triplets named Man Se, Min Guk and Dae Han in 2012.

In 2009, March 21 was declared Song Il-gook Day and he received a plaque from the governor of Hawaii, Linda Lingle.

Song Il-gook Is A Member Of