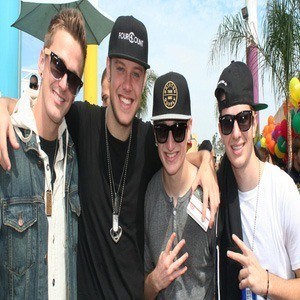 R&B singer, dancer, choreographer, and television personality sometimes known as only SONNY. He is best recognized as a former choreographer on ABC's Dancing With The Stars. He also produces and choreographs his music videos that he uploads to his YouTube channel.

He was a performing sensation in Denmark before moving to Los Angeles to pursue a career in entertainment in the United States. His family had a reality television show about them form 2005 to 2006. He created his YouTube channel in 2011 and founded the International Dance Academy, which brings dancers from around the world together in Los Angeles for classes and training.

In Denmark he performed at some of the largest venues and starred in stage productions of Grease as Danny Zuko and High School Musical as Troy. He also competed in the Eurovision Song Contest for Denmark. He released his fourth studio album International in 2012.

He has three siblings, Gigi, Mickey, and Søs.

He has worked as a choreographer with Christina Aguilera and Nicki Minaj.

Sonny Fredie-Pedersen Is A Member Of