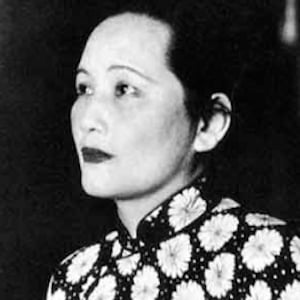 Second wife of the leader of the 1911 revolution that established the Republic of China, Sun Yat-sen. She played a role in China's politics and became known as the mother of modern China. She would serve as the Vice President of China between 1959 and 1975.

She was elected to the KMT Central Executive Committee following the death of her husband Sun Yat-sen who was 26 years her senior. She left China for Russia after the expulsion of the Communists from the KMT in 1927, but returned permanently in 1931.

She was the second of six children born to Charlie Soong in Chuansha, Pudong, Shanghai.

Maggie Cheung portrayed her in the movie The Soong Sisters.

Soong Ching-ling Is A Member Of