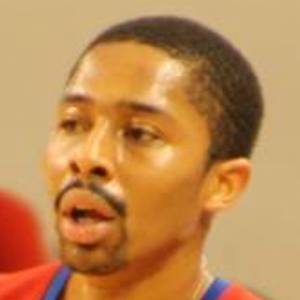 Second round selection of the Detroit Pistons in the 2014 NBA draft who began to find his footing in the league with the Brooklyn Nets during the 2017-2018 campaign. He prominently plays the point guard position.

He was a first-team All-Pac-12 selection as a member of University of Colorado Buffaloes. He suffered an ACL injury during his junior year.

He was the 2018 NBA Skills Challenge champion during that year's all star festivities.

He and his brother Taylor were raised by parents Stephanie and Malcolm Dinwiddie.

He formed a dynamic backcourt duo with D'Angelo Russell for the Brooklyn Nets.

Spencer Dinwiddie Is A Member Of