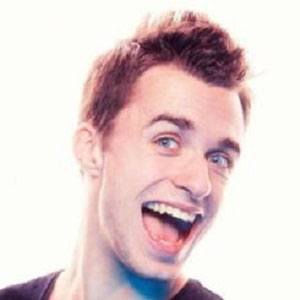 Born Lucas Hauchard and known to his online fans as Squeezie, this popular French YouTuber has accumulated more than 16 million subscribers and over 8.7 billion views. His most popular uploads include "9 TRUCS CHIANTS QUAND T'ES SUR L'ORDI" (9 Boring Tips While You're on the Computer) and "QUAND J'ETAIS PETIT ET INNOCENT!" (When I Was Young and Innocent). He also started his own clothing collection which he has sold at his YOKO SHOP website.

He has earned more than two million Facebook likes, 8 million million Twitter followers, and 7 million Instagram followers. A rap battle he did with an Overwatch theme has received over 63 million views since April of 2017.

He grew up with a brother named Florent. He was in a relationship with fellow web star Gwendoline Asquin, a.k.a. Sweetie.

He has often been compared to Swedish YouTuber Felix Kjellberg, a.k.a. PewDiePie.

Squeezie Is A Member Of