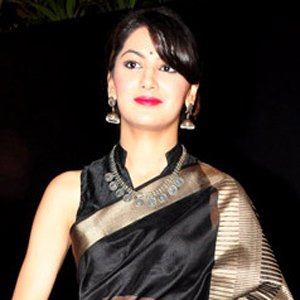 She debuted as an actress in 2006-2007 in the role of Malini Sharma in Dhoom Machaao Dhoom.

She played herself in the 2010 show Meethi Choori No.1.

She was born in Begusarai, Bihar, India.

She is a notable Indian television actress like Kirti Nagpure.

Sriti Jha Is A Member Of