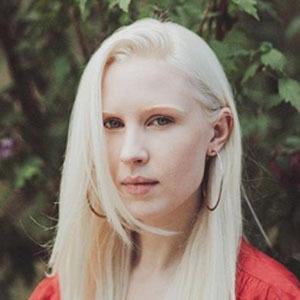 Known by the stage name of Sucre, she is a pop singer with a debut full length album called A Minor Bird that she released in 2012. In 2014, she dropped an EP called Loner.

She released a debut single called "When We Were Young" in February of 2012.

She created a Sucre style blog where she also wrote about media and music in general.

She has daughters named Scarlett and Solenne. Her sister has helped take photographs for her blog. Her husband is Darren King of Mutemath.

Her single "My Time" was the theme song of Freeform's TV show Recovery Road which starred Jessica Sula.

Stacy King Is A Member Of