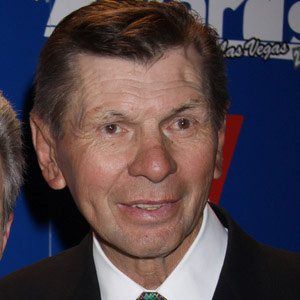 He moved to Canada and lived with his aunt and uncle to escape Czechoslovakia during Communist rule.

He helped lead the Blackhawks to Stanley Cup victory in 1961.

He had four children with his wife Jill.

He was teammates with fellow Hall of Famer Bobby Hull on the Blackhawks.

Stan Mikita Is A Member Of