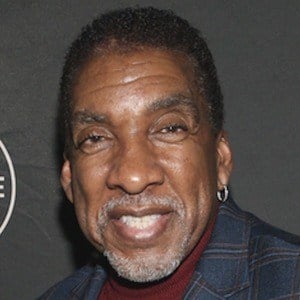 Stage and screen actor who appeared in Harlem Nights, Snake Eyes, and The Boys in Company C. He also appeared in Roots: The Next Generations and Fried Green Tomatoes.

He began his acting career in a Chicago stage production of Hair and went on to appear in The Me Nobody Knows on Broadway.

He studied judo, karate, and jujutsu and used his athletic skills in a scene that was cut from the iconic 1976 film, Rocky.

His father, Eddie Shaw, was a saxophonist, and his cousins, and , were soul singers.

He appeared with Robert DuVall and David Keith in the 1979 film, The Great Santini.

Stan Shaw Is A Member Of