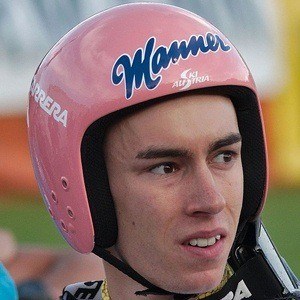 Austrian ski jumper who is recognized for having been the winner of both the Ski Jumping World Cup and the Ski Flying World Cup. He held the ski flying world record of 832 feet.

He made his Ski Jumping World Cup debut in early 2012.

The only individual to hold a longer distance than his was Dimitry Vassiliev.

He is originally from Austria.

Stefan Kraft Is A Member Of