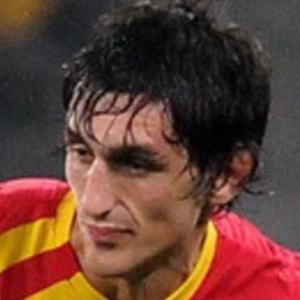 Montenegrin professional soccer player who's best known for playing for the club Atletico Madrid and the Montenegro national team.

He started his career by playing for the soccer club Brskovo in 2006.

His father Dragan Savic was the president of the municipal assembly in Mojkovac.

Both he and soccer player Saul Niguez played for Atletico Madrid.

Stefan Savic Is A Member Of