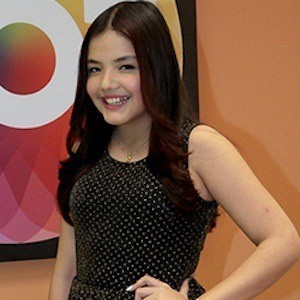 Actress and singer known for her role as Carmen Carrilho on the remake of the telenovela Carousel. She released the album Festa da Stefany Vaz in 2013.

She appeared in her first commercial when she was only four-years-old.

She's also appeared in shows like Raul Gil e as Crianças and Danny Pink. She has more than 2.6 million followers on Instagram.

She grew up in Brazil.

She appeared alongside Thomaz Costa on Carousel.

Stefany Vaz Is A Member Of