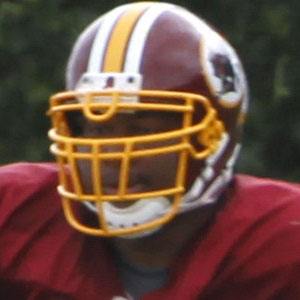 NFL defensive end known who was drafted by the Dallas Cowboys in 2006 and was signed by the Washington Redskins in 2011. He was a two-year starter at Hofstra University.

He lettered in basketball and football at Half Hollow Hills High School West.

He received the Ed Block Courage Award for the way he dealt with his daughter Skyler's death in 2011.

He married Tiffany Johnson in March 2008.

He was teammates with quarterback Tony Romo during his time in Dallas.

Stephen Bowen Is A Member Of