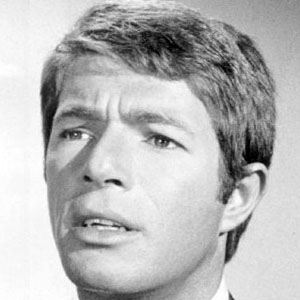 A television, film character actor who is known for his work on the Canadian television series, Seaway.

He signed with the MLB's Cleveland Indians out of high school but a knee injury ended his baseball career.

He began his acting career while traveling in Europe, appearing in the films Cleopatra, 55 Days at Peking and The Leopard in 1963.

He was born in Toronto, Canada and moved to Los Angeles, California in 1966.

The 1963 film The Leopard was directed by Italy's Luchino Visconti.

Stephen Young Is A Member Of