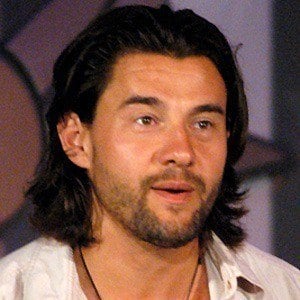 Canadian actor known for his role as Telemachus Rhade on the television series, Gene Roddenberry's Andromeda.

He graduated from university with a degree in kinesiology and originally wanted to be a professional athlete and later become a coach.

He is of Croatian descent.

He married his wife, Carolin, and the couple has three children.

He met and worked with Ethan Hawke while taking acting classes in Vancouver.

Steve Bacic Is A Member Of