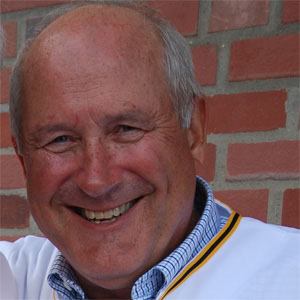 Starting pitcher who won a World Series title in 1971 and was an All-Star in 1972 then suddenly lost control of his pitches in 1973 and was never effective again.

He played baseball at Housatonic High School in Connecticut.

The inexplicable onset of poor command was termed "Steve Blass Disease" and also happened to pitchers such as Rick Ankiel and Mark Wohlers.

He grew up in Canaan, Connecticut.

He said the death of his teammate and friend Roberto Clemente played a factor in his sudden inability to throw strikes.

Steve Blass Is A Member Of