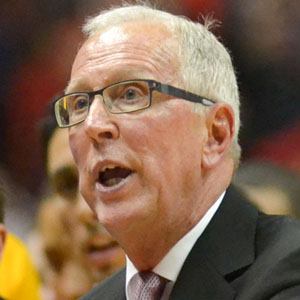 Basketball coach best known for winning a National Championship with the Michigan Wolverines in 1989. He was named as the Naismith College Coach of the Year in 2011.

He was an assistant coach at Western Michigan University from 1979 to 1982.

He is one of very few coaches to have won both the NCAA and NIT tournaments.

He coached future NBA player and analyst Jalen Rose at the University of Michigan.

Steve Fisher Is A Member Of