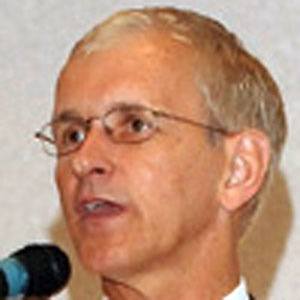 Former congressman from Wisconsin who became the first openly gay Republican congressman after he was outed on the House floor in 1994. He served his state in the House from 1981 to 1997.

He studied at the Brown School of Broadcasting in Minneapolis after attending the University of Wisconsin-Madison.

He was the only Republican in Congress to vote against the Defense of Marriage Act in 1996.

After he left congress he moved to Arlington, Virginia, with his partner, Jonathan Stevens.

Like Barney Frank, he was one of the first openly gay members of the House of Representatives.

Steve Gunderson Is A Member Of