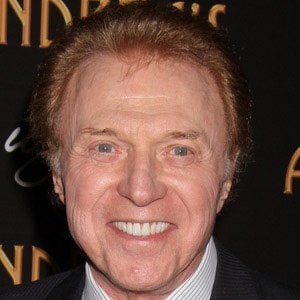 Known for his longtime partnership with his wife Eydie Gorme. Portrait of My Love and Pretty Blue Eyes were two of his hits.

He forged a successful acting career after breaking through success' door in the 1950s, appearing on The Danny Kaye Show, Night Gallery, Police Story, Hardcastle and McCormick, Gilmore Girls, CSI, and many other shows.

He was given the New York Drama Critics' Circle Award for his 1964 Broadway stint as Sammy Glick in What Makes Sammy Run? He and his wife were both honored with a lifetime achievement award from the Songwriters Hall of Fame.

He and Gormé were married on December 29, 1957, and remained together until her death on August 10, 2013. They had two sons together, the oldest of whom, David, became a composer, most notably of High School Musical's score, while their youngest son, Michael, died of ventricular fibrillation when he was 23.

He and his wife received a boost in their careers and recognition from their frequent appearances on The Tonight Show Starring Steve Allen.

Steve Lawrence Is A Member Of