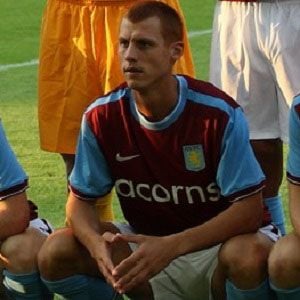 English midfielder who has made a name for himself as a member of clubs like Reading, Aston Villa and Stoke City. He was named to the Football League Championship PFA Team of the Year two straight seasons in 2005 and 2006 while playing for Reading.

He was born in Wandsworth, London and played youth soccer for Chipstead and Arsenal, winning the FA Youth Cup title with Arsenal in 2000 and 2001.

During his time with Reading, he was voted the best player outside of the Premiere League by FourFourTwo Magazine.

He married a woman named Krystell in June 2005. They have children named Harry, Rocko and Lenny.

He has played alongside Spanish forward and winger Bojan Krkic at Stoke City.

Steve Sidwell Is A Member Of