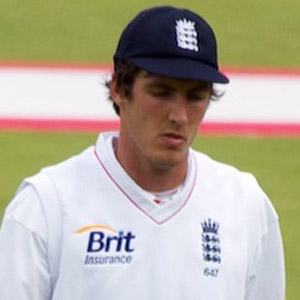 Right-handed batsman and right-arm fast-medium bowler who made his England Test debut in 2010.

When he was 16 years old, he became the youngest ever debutant in Middlesex County Cricket Club's first-class cricket play.

He received his education at Parmiter's School in Garston, England.

He was born in Watford, England.

He played alongside Andrew Strauss on Middlesex from 2005 to 2012.

Steven Finn Is A Member Of