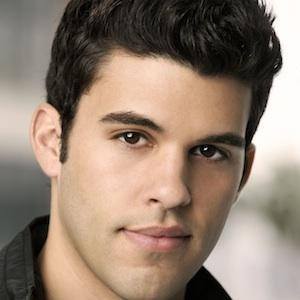 Actor best known for his role on CW vampire series The Originals. He has made appearances on a number of TV shows including Workaholics, Two and a Half Men, and CSI: NY. In 2015, he played the character Davidson in the feature film Goosebumps.

He enrolled at the University of Virginia with the original hope of becoming a law student but after an internship in Los Angeles, the acting buzz caught hold of him.

He was born in the small town of Appleton, Wisconsin. After his parents' divorce when he was 10 years old, he moved to Sarasota, Florida with his younger brother and mother.

He and Joseph Morgan both joined the cast of The Originals in 2013.

Steven Krueger Is A Member Of