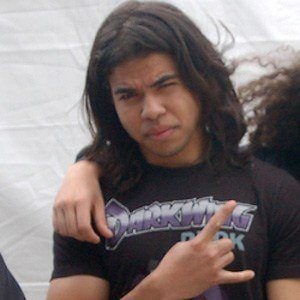 DJ, drummer, and keyboardist known for his time with the metal band Black Tide, which he played with until 2012. He then left the band to pursue a solo career producing electronic music.

He joined Black Tide in 2007 when he was a freshman at Florida State University, eventually dropping out of school to go on tour.

Other bands he's worked with include The Mowgli's's and Kalin and Myles. He's also written songs with fellow DJ Clinton Sparks.

He learned how to play keyboard from his uncle, who formerly played with The Wailers. He grew up in the Miami area.

He was bandmates with Gabriel Garcia during his time with Black Tide.

Steven Spence Is A Member Of