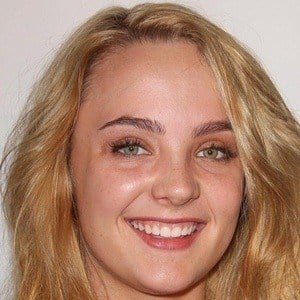 She made her screen debut in 2012 appearing in the miniseries The Gamblers: The Ledge.

From 2012 to 2013 she played Anne Abernathy in the web series Runaways.

Her mother's name is Debra Weeks.

While appearing on Scream, she starred opposite Willa Fitzgerald and John Karna.

Stevie Lynn Jones Is A Member Of