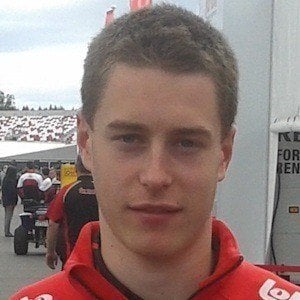 He was the Belgian KF2 Champion by age 16 despite a lack in funding that made it so he could only race 3 or 4 times a years.

He came in first at the Eurocup Formula Renault 2.0 in 2012 with Josef Kaufmann Racing.

His parents are Patrick Vandoorne and Marleen Delabie.

He took over Jenson Button's seat with McLaren in 2017.

Stoffel Vandoorne Is A Member Of