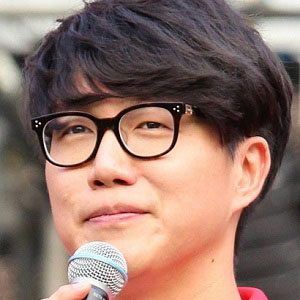 Known for such popular albums as Like the First Time and Melodie D'Amour, this Seoul Music Award, Golden Disk Award, and Mnet Asian Music Award-winning ballad singer also had a career as an actor, appearing in episodes of My Husband Got a Family and Banjun Drama, among other South Korean television series.

He earned both a bachelor's degree in sociology and a master's degree in journalism from Korea University. During his college years, he won first place in an internet vocal contest and subsequently recorded the hit song "The Road That Leads to Me."

He settled in Seoul, South Korea during his early adulthood years.

Sung Si-kyung Is A Member Of