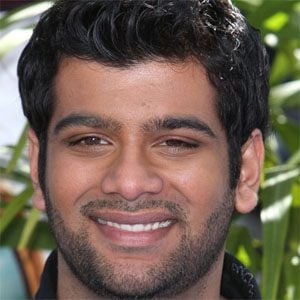 Landed a recurring role on the hit AMC drama The Walking Dead in its fourth season as Dr. Caleb Subramanian and has earned recurring parts in the series Barbershop and Awkward as well.

He started acting professionally in 2005 and kicked off his career in style, playing characters in a short film called Cab Driver and a feature called The Origin of Om. He was also in a handful of TV series including CSI: NY, Criminal Minds, and Will & Grace.

He appeared in three episodes of Shameless as Andy during the series third season. He also played Dr. Sanjay Lad in the 2010 TV movie StarStruck.

He was born in Mumbai, Maharashtra, India.

He appeared in an episode of the Kathy Bates vehicle Harry's Law.

Sunkrish Bala Is A Member Of