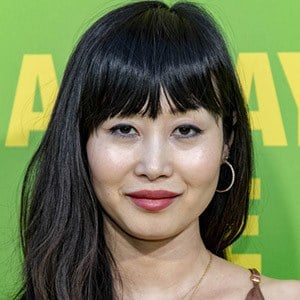 Film and television actress who played Christine Russell in Vice Principals and Liz in The Mick before landing the part of Jinju in the TBS television adaptation of the film Snowpiercer. She also had a recurring role in Fargo (season 1) and starred in the Netflix romantic comedy Always Be My Maybe.

She first started acting in 2009. She starred in a one-woman show titled Diaries of a K-Town Diva in 2010.

She had a minor role in 2016's Ghostbusters as a "Flashed Woman."

She is the daughter of Korean immigrant parents.

She played the wife of Walton Goggins character in Vice Principals.