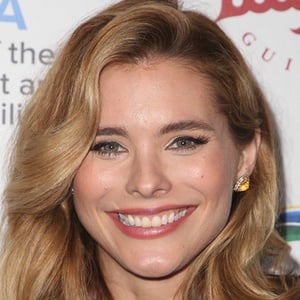 American actress who achieved a new level of fame when she was cast as Pam on the hit Netflix series Jessica Jones. She has also been featured on shows like Devious Maids and Chicago Med.

She was on the honor roll as well as the dean's list at Duke University, where she was a tennis player. At one point, she was the sixth-ranked female junior tennis player in the United States.

She is a singer and guitarist who has produced her own music.

She is the sister of famed reporter Kate Merrill.

She appeared alongside Krysten Ritter on Jessica Jones.

Susie Abromeit Is A Member Of