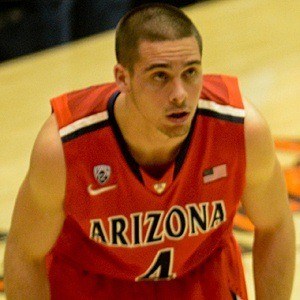 Undrafted free agent picked up by the Philadelphia 76ers who made the most of his opportunity with the organization to become an impact player from the point guard position.

He started his collegiate career at Duquesne, transferring after his sophomore year to Arizona. He sat out the 2012-2013 season due to NCAA transfer rules, but chose to do so anyway due to his desire to win a national championship.

He played for his father Tim at Chartiers Valley High School.

He played beside rookies Dario Saric and Joel Embiid as a member of the 76ers.

T. J. McConnell Is A Member Of