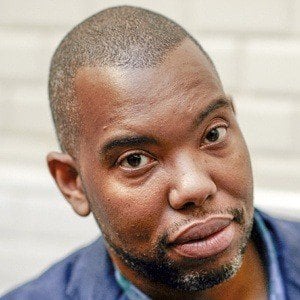 Award-winning journalist and educator most well known as a correspondent for The Atlantic. He is particularly recognized for covering cultural, social, and political topics as they relate to African-Americans. He also authored the 2016 run of the popular Marvel comic Black Panther.

His father was a former Black Panther and founded the Black Classic Press, a publisher for African-American works. This, coupled with his mother's influence over his love of books, led to him eventually abandoning college to pursue his journalistic career.

In 2008, he released his first book, a memoir titled The Beautiful Struggle: A Father, Two Sons, and an Unlikely Road to Manhood. He followed in 2015 with the award-winning biography Between the World and Me.

He and his wife, Kenyatta Matthews, have a son named Samori Maceo-Paul Coates.

He is one of the writers responsible for the HBO television show America in the King Years, based on the book of the same name by Taylor Branch.

Ta-Nehisi Coates Is A Member Of