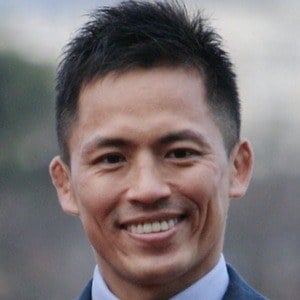 He began learning judo from his grandfather when he was six years old.

He won the Olympic gold medal in the extra lightweight division 3 years in a row from 1996 to 2004.

His uncle, Toyokazu Nomura, won a gold medal at the 1972 Summer Olympics.

Tadahiro Nomura Is A Member Of