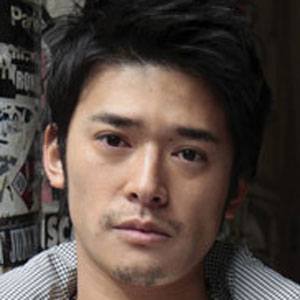 Japanese actor who gained recognition for his role as Hiroki Sugimura in the action film, Battle Royale. He also appeared in the 2007 film, Crows Zero, and its 2009 sequel, Crows Zero 2.

He was born in Tokyo and started acting at a young age after being inspired by his favorite actor, James Dean, who he shares a birthday with.

He was nominated for a Blue Ribbon Award in the Best Supporting Actor category in 2006 for his role in the film, Spring Snow.

He starred alongside Aki Maeda in the 2000 film, Battle Royale.

Takaoka Sousuke Is A Member Of