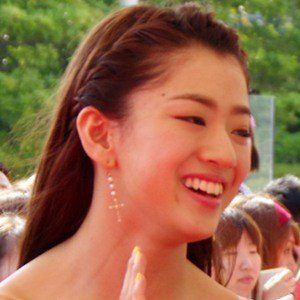 Singer who has performed as a member of the E-girls as well as its Rabbits subgroup. She can be heard on some of the group's most popular singles, including "Kurukuru," "Follow Me" and "Odoru Ponpokorin."

She competed on the reality show Exile Presents Vocal Battle Audition in 2011. She when she joined E-girls, she became the youngest singer in the group.

She debuted as a vocalist with the hip-hop grio SudannaYuzuYully in 2017.

She was born in Hyogo, Japan.

She and Rio Inagaki have both been members of Rabbits.

Takebe Yuzuna Is A Member Of