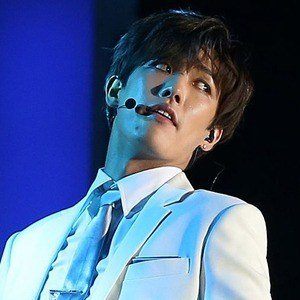 K-pop and J-pop singer who first debuted in 2012 with the group Cross Gene. He has since had leading roles in a number of films and television dramas like Ai Ore! and The Lover.

He first became known for participating in the twenty-first JUNON Superboy Contest in 2008. Soon after, he signed to Amuse, Inc.

In 2014, he became a regular cast member on the JTBC series Non-Summit.

On The Lover, he starred alongside actor and singer Jung Joon-young.

Takuya Terada Is A Member Of