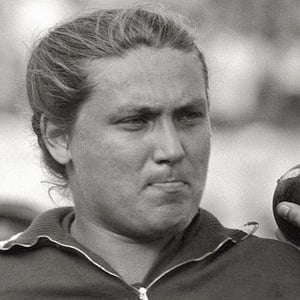 She won gold at the 1958 European Championships in Stockholm.

She was accused of both being a hermaphrodite and being injected with male hormones.

Her younger sister Irina Press also competed in track and field in the Olympics.

She won gold at the 1960 Olympics where boxer Muhammad Ali also took home the gold.

Tamara Press Is A Member Of