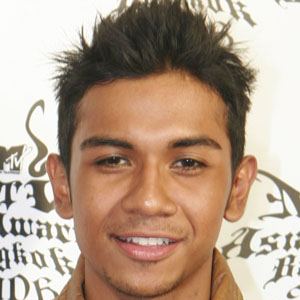 Winner of the first season of the Singapore television competition show Singapore Idol in 2004. He has won numerous awards including in the Favourite Artist Singapore category at the 2006 MTV Asia Awards.

He graduated from Singapore Polytechnic and started singing in a local group called Bonafide.

In 2005, he released his first album in English called Blessings.

He comes from a family of Indian and Buginese descent. He married Sheena Akbal in 2015.

He sings a duet with Shila Amzah on his fifth album Fique, which was released in 2014.

Taufik Batisah Is A Member Of