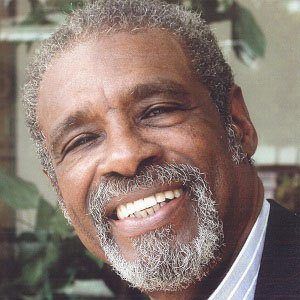 Most famous for playing Detective Neal Washington on the 1980s NBC drama Hill Street Blues, this Emmy-nominated actor also had a successful theatrical career, earning a 1985 NAACP Image Award for his role in a production of Amen Corner.

He made his stage debut at New York City's New Federal Theater and went on to guest star in such situation comedies as The Bob Newhart Show and Sanford and Son.

He starred as Captain Phillip Laidlaw in the 1989 science fiction movie DeepStar Six.

Born Herbert Middleton, Jr., he spent his youth in Newark, New Jersey, and later lived in New York, Los Angeles, and Atlanta. Among the first unmarried African-American men to be granted the right to adopt, he ultimately raised twelve children (two biological and ten adopted).

He starred opposite Yolanda King (the daughter of civil rights activist Martin Luther King, Jr.) in a 1987 Atlanta stage production of Stepping Into Tomorrow.

Taurean Blacque Is A Member Of