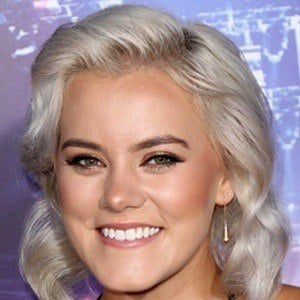 Before launching her music career, she served as a church youth group leader.

"Oceans (Where Feet May Fail)" won song of the year at the 2014 GMA Dove Awards.

She was previously in a relationship with Aodhan King in 2014. She married Ben Gaukrodger in March of 2018.

Taya Smith Is A Member Of