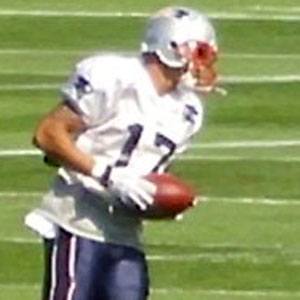 Star wide receiver for Ohio University who began his NFL career with the New England Patriots in 2010.

Playing all four years at Ohio, he set a school record with 149 career receptions.

He was mostly kept on the bench during his rookie season at New England, and then was waived by the team and picked up by the Jaguars.

He was was born in Hilliard, Ohio.

He played under Tom Brady's leadership in 2010 for the Patriots.

Taylor Price Is A Member Of