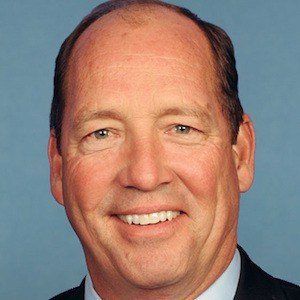 Republican politician who became the United States Representative for Florida's 3rd congressional district in 2013. He's been on subcommittees for the Committee on Agriculture and the Committee on Foreign Affairs.

He has been a veterinarian in the North Central Florida area for over two decades.

He has three children, Katie, Lauren, and Tyle, with his wife Carolyn.

Paul Ryan endorsed him for Congress in 2012.

Ted Yoho Is A Member Of