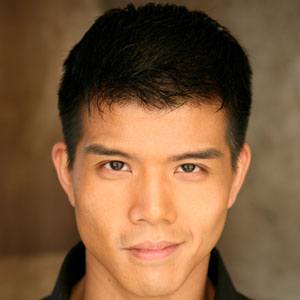 Stage actor who starred in the 2011 Broadway revival of Godspell. His other Broadway credits include Flower Drum Song, Pacific Overtures, and Rent.

He studied voice, dance, and acting at Carnegie Mellon University. He performed early in his career with the Pittsburgh Civic Light Opera.

He played the role of Dalton on the popular television show Glee.

He was born to a Chinese-American family in Brooklyn, New York. He married his partner of 12 years, James Babcock, in January of 2017.

He performed with George Takei in Allegiance: A New American Musical.

Telly Leung Is A Member Of