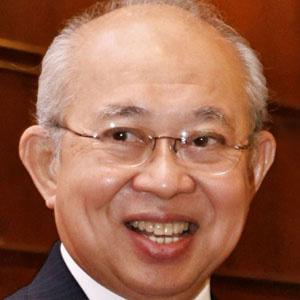 Malaysian Finance Minister from 1976 to 1984. He was longtime Parliament member for Kelantan who was first elected in 1969.

He graduated in 1959 from Queen's University of Belfast (Northern Ireland) with a degree in Economics.

His popularity was unparalleled among his political contemporaries, and his constituents nicknamed him "The People's Prince." He was reelected to Parliament for more than forty years.

His father was the Menteri Besar (head executive) of Kelantan.

He and Nurul Izzah Anwar both served on the Malaysian Parliament in the early 2000s.

Tengku Razaleigh Hamzah Is A Member Of