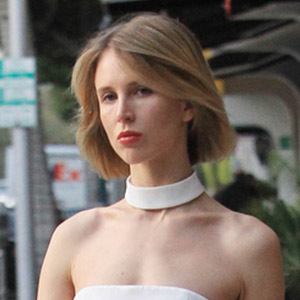 Socialite, writer and real estate broker who was born into the noble Walderdorff family and became a descendant of the German House of Wittelsbach. Her fame increased exponentially when she wed model Barron Hilton II in 2018.

She earned her degree in written arts and French from Bard College in 2016.

She made her film acting debut in the 2017 short Rosewood: The Best Version of Yourself.

She married Barron in St. Barts in June 2018. Her dad is photographer and artist Count Franz von Walderdorff and her mom is artist Anna-Sabrina Brühwiler. She has a younger sister named Mia.

She became the sister-in-law of Paris and Nicky Hilton.

Tessa Hilton Is A Member Of