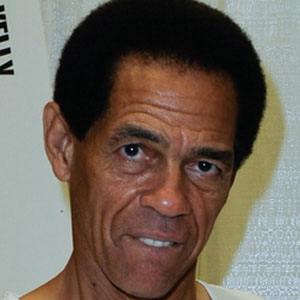 Martial artist who was immortalized for his role in the 1973 Bruce Lee film, Enter the Dragon. He also appeared in Hot Potato, Three the Hard Way, and Black Black Samurai.

He dropped out of the University of Louisville to study Shorin-ryu karate full time.

He starred in the '70s action films: Black Belt Jones and The Tattoo Connection.

He divorced Marilyn Dishman in 1968 after just one year of marriage.

He played the villain opposite Bruce Lee in Enter the Dragon.

Jim Kelly Is A Member Of