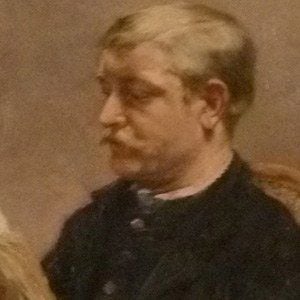 Neo-Impressionist painter who belonged to and co-founded Les XX, a group of young, radical artists. He is remembered for his later works, "Olive trees near Nice" and "Four Bathers."

He studied at the Academie Royale des Beaux-Arts, where he was heavily influenced by Belgian orientalist painter Jean-François Portaels. He was 18 when he was first included at the Salon of Ghent.

He met Vincent van Gogh in Paris and invited van Gogh to his Brussels exhibition.

He was born into an upper-class French-speaking family. His brother Octave van Rysselberghe became a famed architect.

He painted one of his most famous works, a portrait of Alice Sèthe, in 1888. Sèthe was the wife of sculptor Paul Dubois.

Theo Van Rysselberghe Is A Member Of