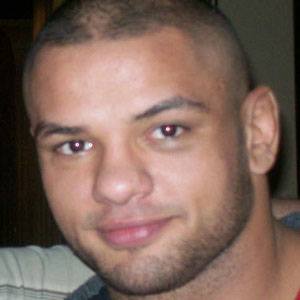 Brazilian mixed martial artist best known for competing as a Welterweight in Ultimate Fighting Championship. Since joining the UFC in 2012, he has earned victories over opponents like Jason Chambers and Karo Parisyan.

He began training in Muay Thai at age fifteen and Brazilian jiu-jitsu at age seventeen.

His knockout of Matt Hughes at UFC 85 through the use of punches and flying knees was named Knockout of the Night.

He is the middle child of three boys.

He defeated American fighter John Howard via unanimous decision at UFC 124 in December 2010.

Thiago Alves Is A Member Of